On June 4th, HP Inc. and the Xerox Corporation announced that they are to co-operate on a number of fronts.
It looks like a good fit.  There are clear benefits for both sides.  HP Inc., a very significant actor in production digital printing and in personal inkjets, is trying very hard to gain ground in the office market - and they need Xerox' credibility here.  Xerox have had a turbulent few years.  Xerox is only present in one sector, albeit massively so - the printing equipment market.  Recently restructured, there is still the ongoing major legal dispute with the manufacturer of all their office printing equipment, Fuji.  The partnership with HP will show that they can "move on" from their monogamous long-standing joint venture with the Japanese number one.
Xerox will resell some A4 and entry-level A3 printers and MFPs manufactured by HP, and these will run Xerox' ConnectKey.  Xerox will supply the toner for these and other machines. These devices will be based on the laser printing technology HP bought from Samsung in 2017.
Xerox dealers will also start selling HP PCs, screens and accessories.  All HP PCs distributed in the US will soon have Xerox' DocuShare Flex pre-installed.  HP will benefit from Xerox' huge presence in the SMB market - and Xerox will be able to provide more than just copiers to their customers in this and in other segments.
Xerox have championed the notion of renting rather than buying equipment since their inception - and will now be champions for HP's device-as-a-service (DaaS) approach to digital equipment distribution.
“This announcement broadens our portfolio of products, software and services, expands the reach of DocuShare Flex, increases productivity in our toner facilities, strengthens ConnectKey’s position in our printer family, and makes us a formidable player in the IT Solutions business especially with the small to midsize business we know so well,” said Steve Bandrowczak, President and Chief Operations Officer of Xerox.
“This arrangement is an extension of our existing relationship and creates incremental opportunities for HP in several important areas,” said Enrique Lores, President, Imaging and Printing, HP Inc. “It further demonstrates the strength of HP’s differentiated IP and portfolio and positions the business for growth over time in both office printing and DaaS.”
Both companies will be announcing release dates for all aspects of this significant partnership, but it is expected to be up and running in North America by the end of 2019.
Share this news item 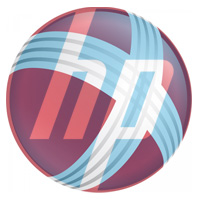