Two families of HP laser MFPs are being launched in the coming months.
The E800 series with print speeds up to 70 ppm will be available in the USA from August 1, with the E700 series (up to 35 ppm) following later a month later.  We hope to be testing them soon after their arrival in Europe in October.
Very few detailed specifications have been released so far, but here's what we have learned:
“As the hybrid work model continues to evolve, CIOs and IT departments have never been more challenged,” said Carles Farre, global head of print services and solutions, HP Inc. “They need intelligent printers with advanced features that streamline work processes. The HP LaserJet Managed E800/E700 series offers customers and channel partners a sleek, fully customizable and easily manageable portfolio to meet today’s workplace and digitization goals – now and in the future.”
HP have launched the new machines due to demand from employees.  To quote form the HP Press Release:
"A recent Morning Consult survey1, commissioned by HP, polled 1,000 office workers in the US and Canada to find out what they appreciate (and had missed) most about the office. It turns out, what they really missed was printing. In fact, 57% of office workers surveyed said they missed their office printer more than a free lunch or happy hour.  To address the need for a true workplace of the future, HP Inc. today introduced the HP LaserJet Managed E800/E700 series."
It is great to know that office users still want to share the benefits of a powerful office copier and communications platform.
See the product pages and other documents 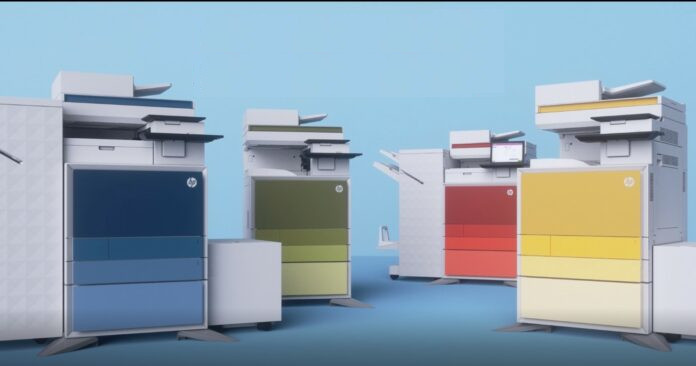